How teams took control of their workplace

The new Steelcase Flex Collection, designed to meet the needs of hyper-collaborative teams,  was inspired by the very same teams the product was designed to support. Steelcase designers observed agile and creative teams who’d become impatient with their static environment and hacked their space to be more dynamic and flexible.

Here’s what they saw: 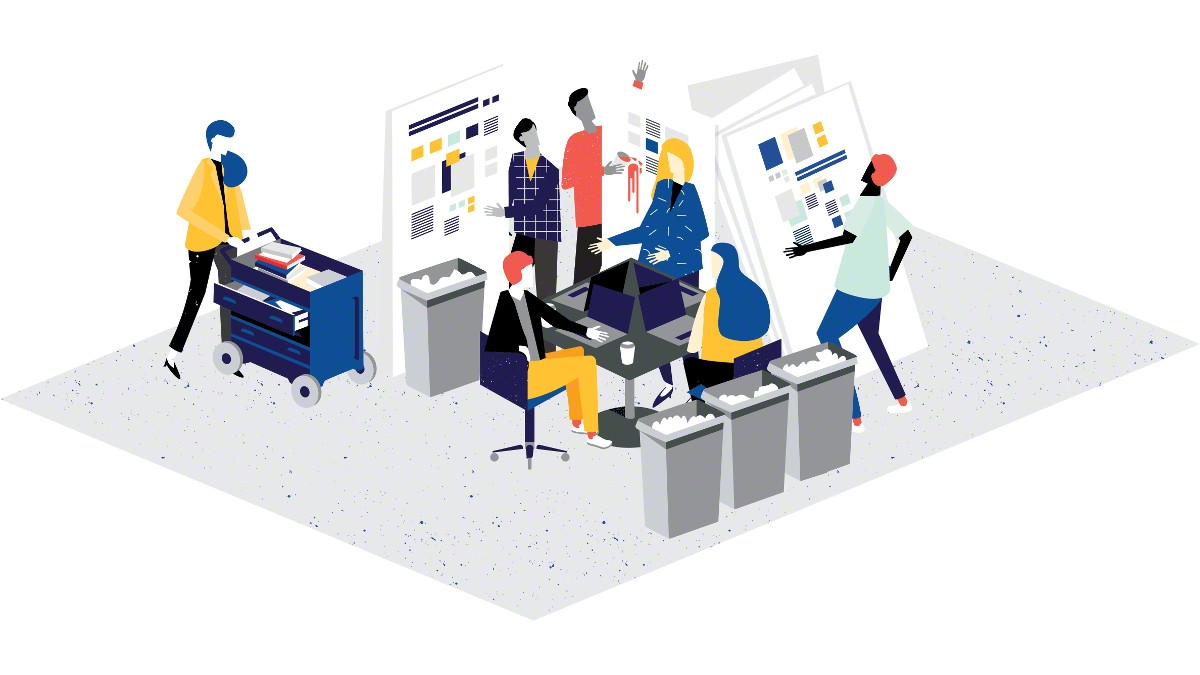 Teams built barricades to claim a territory for themselves and also keep out distractions. They moved display boards, wastebaskets — anything they could find — to create boundaries. People also used signs to communicate what behaviors are acceptable among the team (e.g. “We observe silent Thursdays”.) They found noise from their own team valuable, but noise from other teams disruptive. 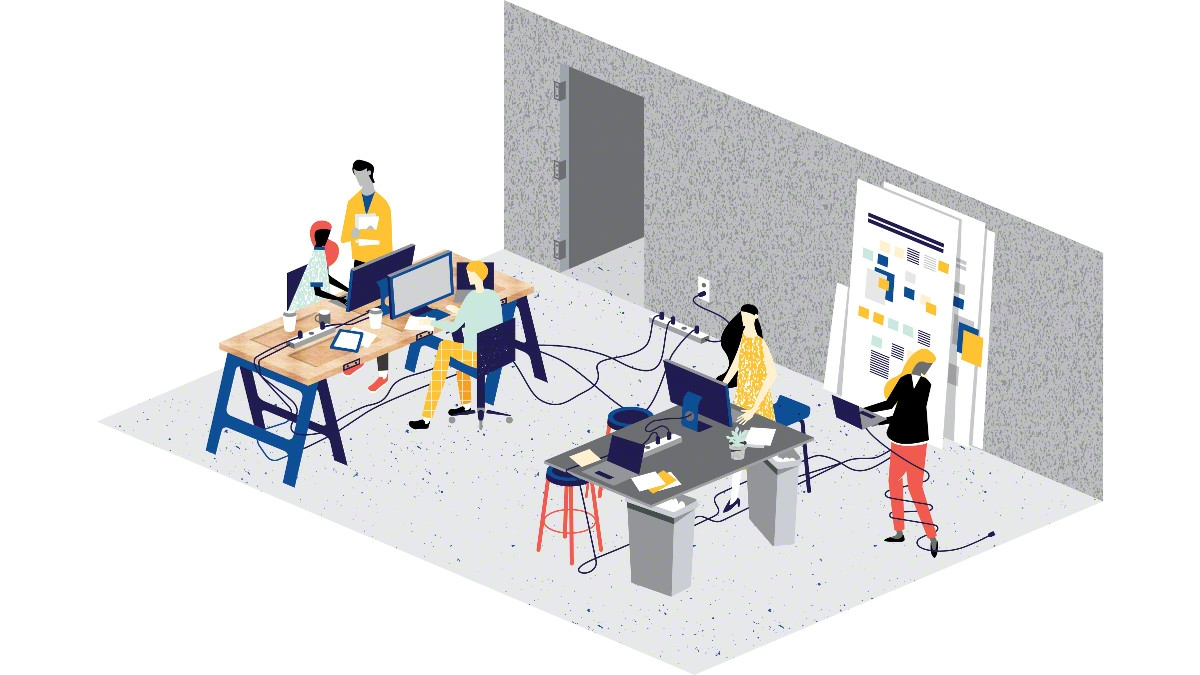 Teams resorted to moving or repurposing objects to create the settings they needed for their diverse activities. One team took a door off its hinges to build a communal “table.” Another commandeered a couch for a casual gathering space. This DIY approach forced people to string cords to these makeshift spaces for power, which quickly became a cumbersome spiderweb and made it tough to move around. 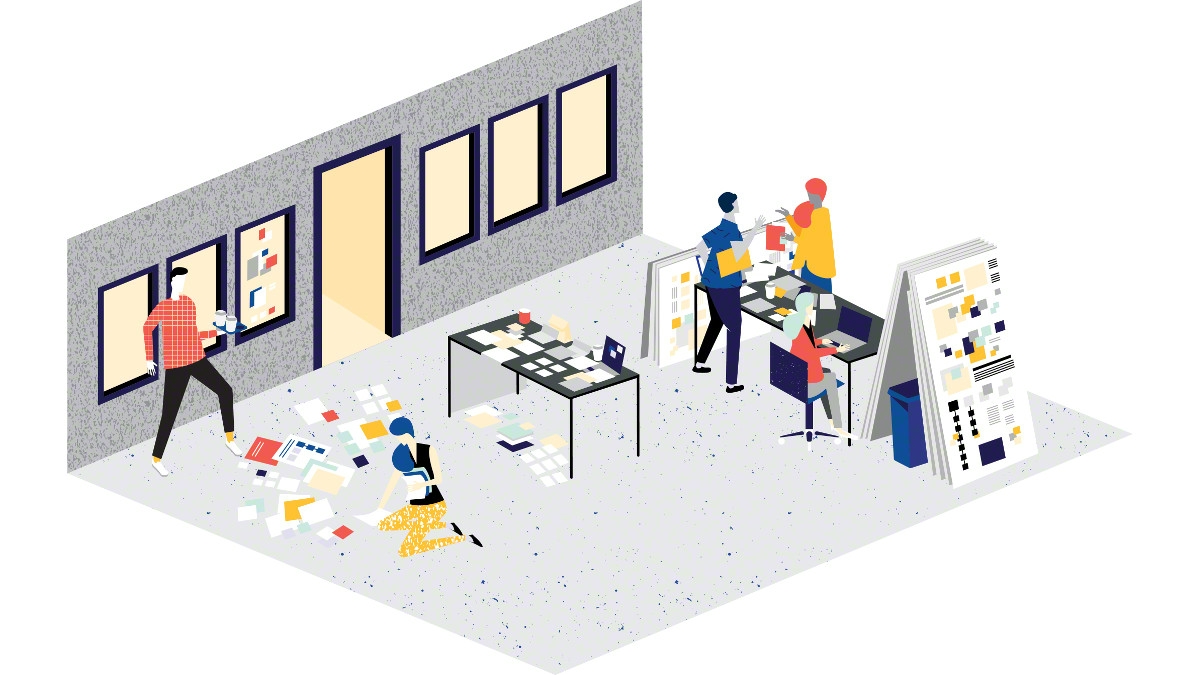 Teams covered surfaces with sticky notes — whiteboards, walls and even the ceiling — out of desperation to share ideas and information. Whiteboards littered hallways and took over entire conference rooms, leaving a trail of lost notes behind them. What started as a way to make their ideas visible became cluttered and information got buried. 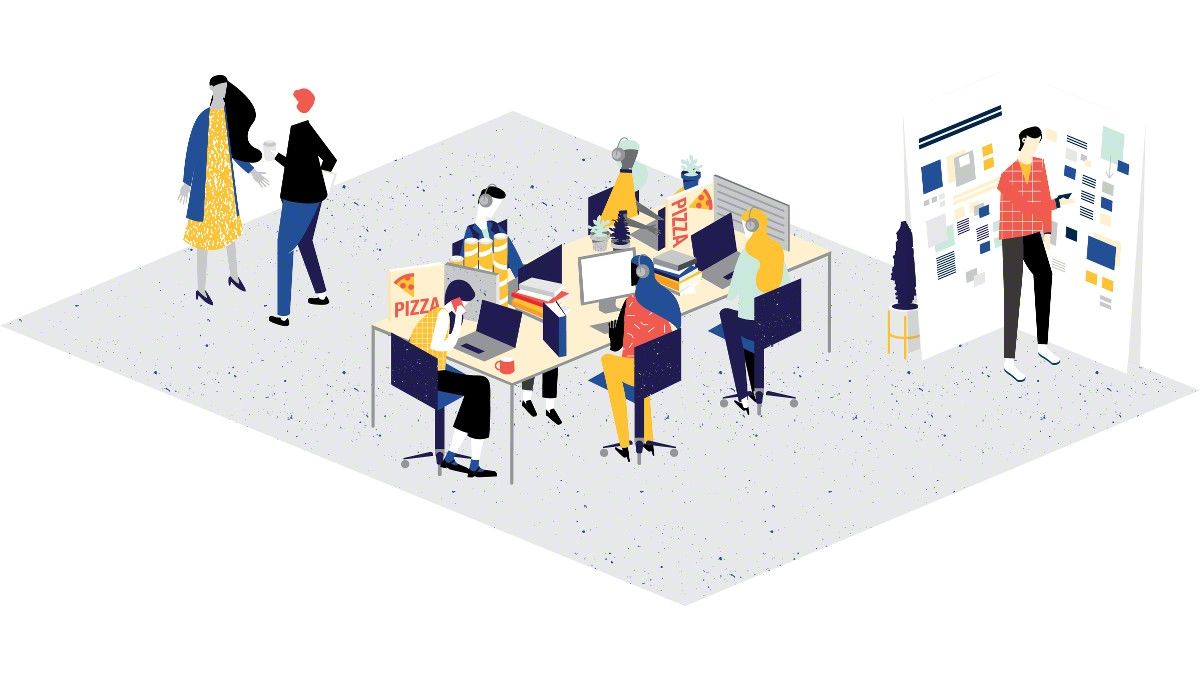 People went to great lengths to personalize their space and control their individual privacy. They used random items like pizza boxes and plants to limit visual distractions and communicate “leave me alone.” Large headphones and “quiet hours” signs signaled their need to focus. 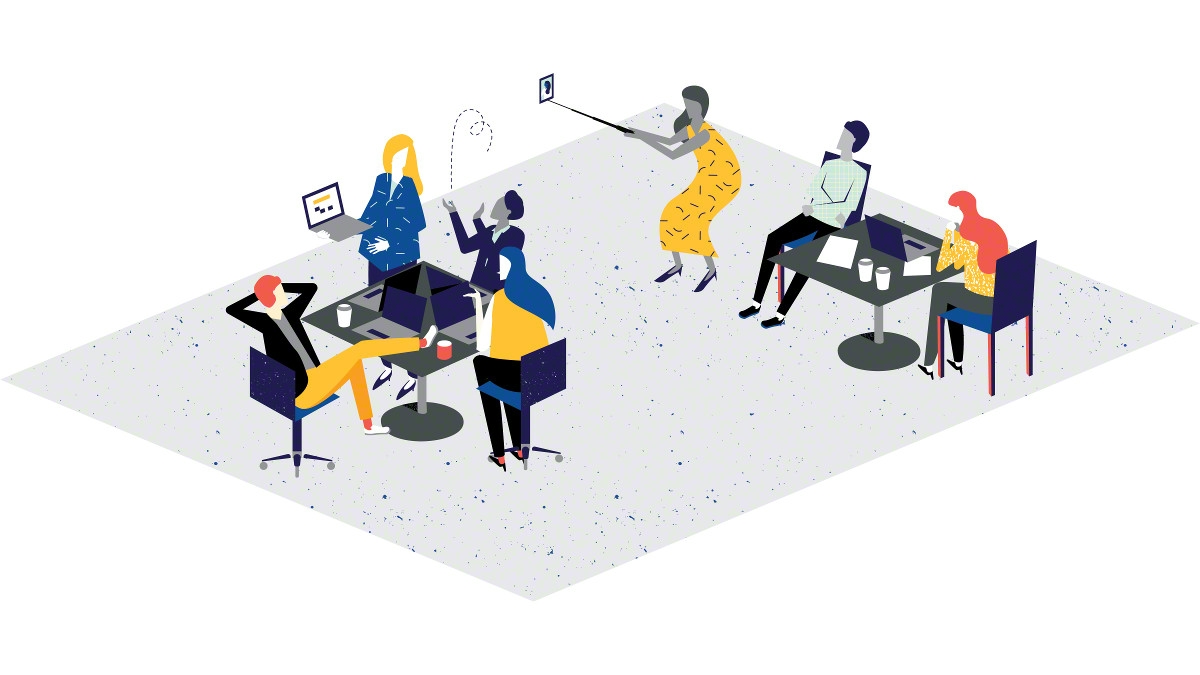 Team members balanced laptops in an effort to share ideas with co-located teammates or used selfie sticks to try and help remote teammates feel a part of the group. Unable to lug display boards everywhere or access large-scale technology, people struggled to interact with the content and eventually disengaged.

No matter what they need to get done. No matter when. Learn how to give teams control to adapt spaces on demand.