We had the opportunity to highlight a recent project with BNG Team in Design & Living Magazine. Thank you for featuring our work! 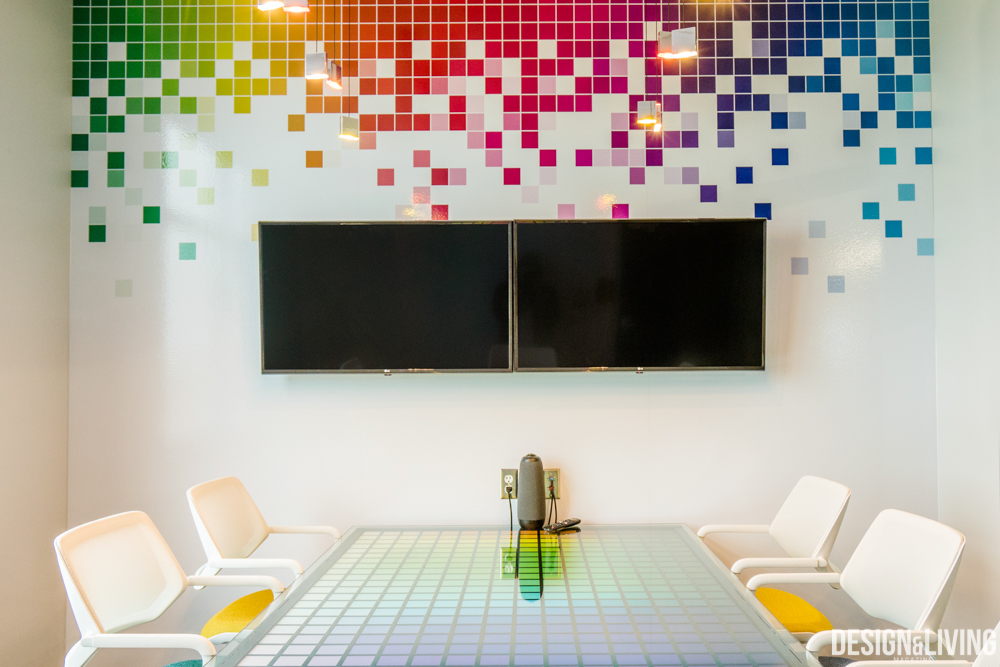 Driving in south Fargo at night, around 47th Street you can see a three-story window illuminated from within, showcasing three primary colored and twisting slides. Driving past, you might guess that this site is a school or a play center. But if you guess that this building is anything but business solutions giant BNG, you’d be wrong. As hard as they work, BNG makes sure to play just as hard.

This March, BNG Team began moving into their new space in south Fargo. Since the initial planning stages in early 2017, BNG looked to Hannaher’s Workplace Interiors to help this growing company turn their office into the epitome of great company culture. BNG is a company slated for a large amount of growth, so this new building had to account for the changes the company is predicted to see in the coming years. With good planning and thought for both current and future employees’ needs, they successfully have created a space that is both fun and practical. 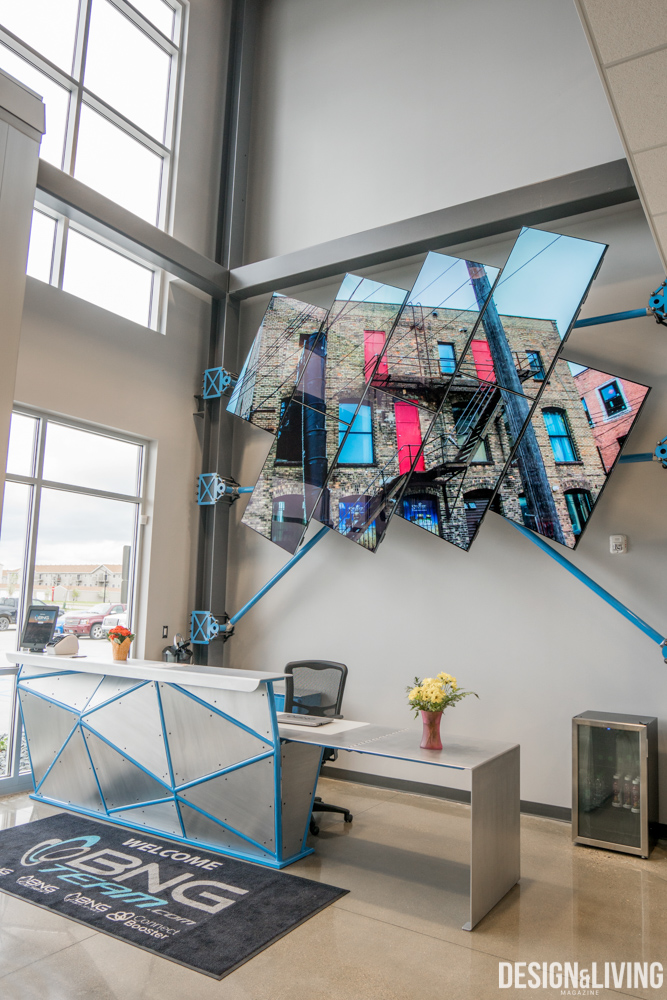 Even without knowing anything about BNG, upon the first step into their office, one gets a feel of who they are and what they stand for. Two of these pillars are a technological focus and an attitude of having fun and dreaming big.

BNG facilities manager Beth Brasel said to think about the whole place as a playhouse for three 19-year-olds who had big professional dreams that, now over a decade later, are becoming reality. This is in reference to the company’s creators Tyler Buechler, Ryan Goodman and Brady Nash—three college dropouts—who became friends at NDSU and embarked on creating BNG with an entrepreneurial spirit.

Standing out among the office’s many fun features are the three slides that reach from all three floors of the office. The orange, green and blue slides twist and turn into each other creating a focal point, but also a unit that connects all three floors of the building together. Brasel laughed, “Brady [Nash] says that the slides are purely efficient! It’s faster for him to get to the first floor from the third by the slide, he rarely takes the stairs or elevator anymore.”

One of Hannaher’sWorkplace Interiors’ interior designers on the project Brigitte Pobuda said, “I think it’s great to see a client that wants the best for its employees. One that wants to make an amazing space for the employees to work every day. It’s great for us to be able to work on those projects and help do that — it’s very rewarding.”

A testament to the vision of creating a space that physically represents the company’s values, BNG’s Chief Operations Officer Jason Gibb said, “You hear that laughter all over, you hear people laughing and having a good time. We work hard and we get things done, but we play hard and have fun, too.” 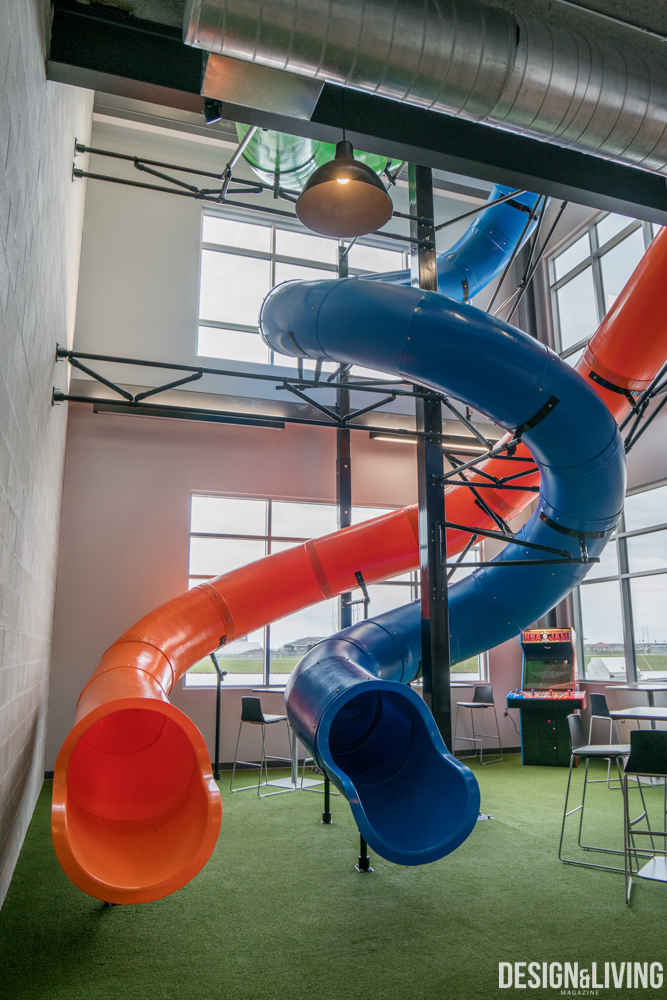 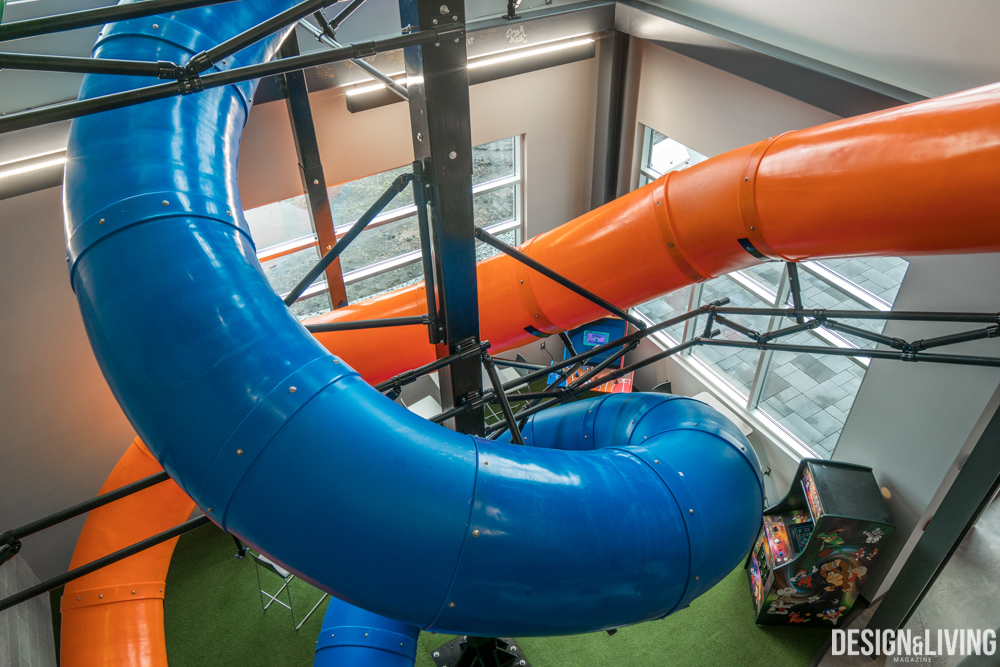 Gibb referenced Steve Jobs’s office layout for Pixar as an inspiration for BNG’s layout. In both of these offices, teams are separate, but close enough to share communal spaces. With dedicated workspaces and offices on the perimeter of the building and more communal workspaces in the middle, it heightens the odds of chance-encounters and community building amongst people who might not be working on the same team normally.

In any workplace, everyone has their own palette of postures and finding the right fit for everyone is an art. To account for this and to make sure every employee could work comfortably, BNG and Hannaher’s worked to find solutions for all. From beanbags for a relaxed position to standing desks for a more active position, they wanted to accommodate every employee.

Electric height-adjustable desks have been having their moment in offices across the country. Every single person in BNG’s office has a height-adjustable desk, allowing them to work standing, sitting or a combination of both throughout the day. The modesty screens at each desk also move up and down with the desktop itself. At a seated position, these panels and modesty screens block the direct eye-line, allowing for a more private workspace. However, when in the standing position, one can look over the panels, allowing for open conversation and collaboration among coworkers.

From the customer support team to the designers to the developers, each team at BNG works differently. Brasel said, “I think a big part of the planning was looking at how each team works individually. We came up with a somewhat standard design plan that also has specific components to relate to what these people are doing and that really supports them every single day.” 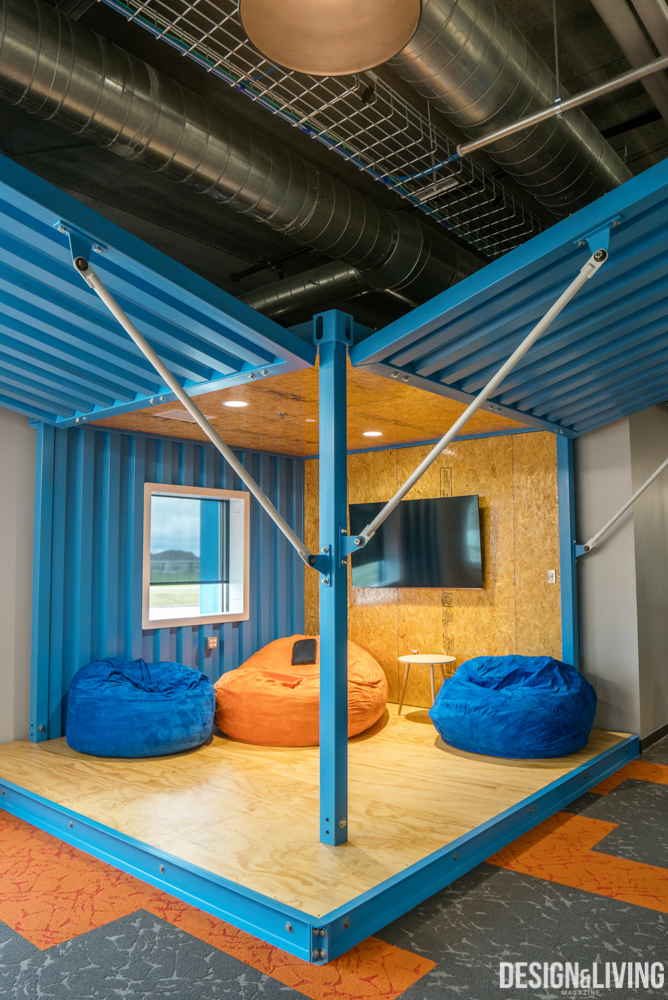 One conference room is a post-apocalyptic, gamer’s dream. In this room are gamer chairs and the conference table is a functioning computer with exposed wiring and circuits lighting up beneath a glass top. Another conference room near the designers’ space is pixeled-themed, with all colors of the rainbow in a cascade of pixels on the wall, table and lighting. Another conference room is a developer’s paradise with the walls covered in pieces of code—some actual code they worked on and some industry jokes. The code room’s table is covered in over 9,000 keyboard keys, creating a word search of even more hidden words, phrases and inside jokes. 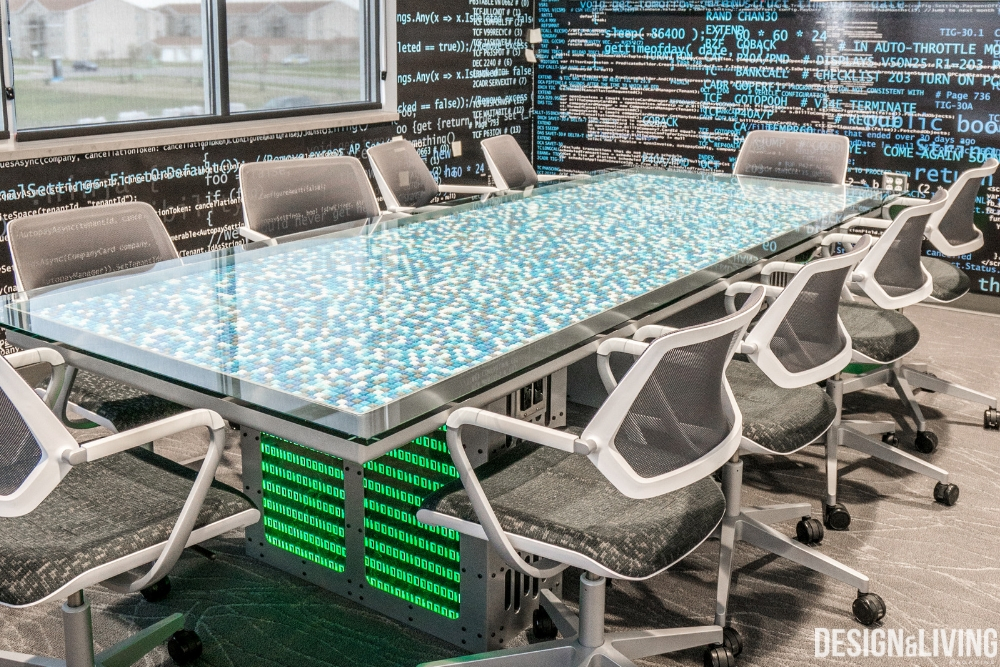 After working on this project for about two years, Pobuda noted, “It’s exciting to watch it start from the beginning and come full circle. It’s fun seeing the progress and to finally see it all together.” She added that from a furniture standpoint, it was rewarding to see people utilizing the power of choice and control over where and how they work.

When looking at offices such as BNG’s, it creates a new foundation for what a strategic office space looks like. Thoughtful elements that help with productivity combined with playful features make for a space that goes beyond what Fargo is accustomed to seeing. “Where are all the cool places to work in the US? It’s Silicon Valley, it’s Boston, it’s New York. Why not have that here?” said Gibb. Sure enough, The BNG team has created a model in Fargo sure to attract eyes, setting the bar high for workplaces across the nation. 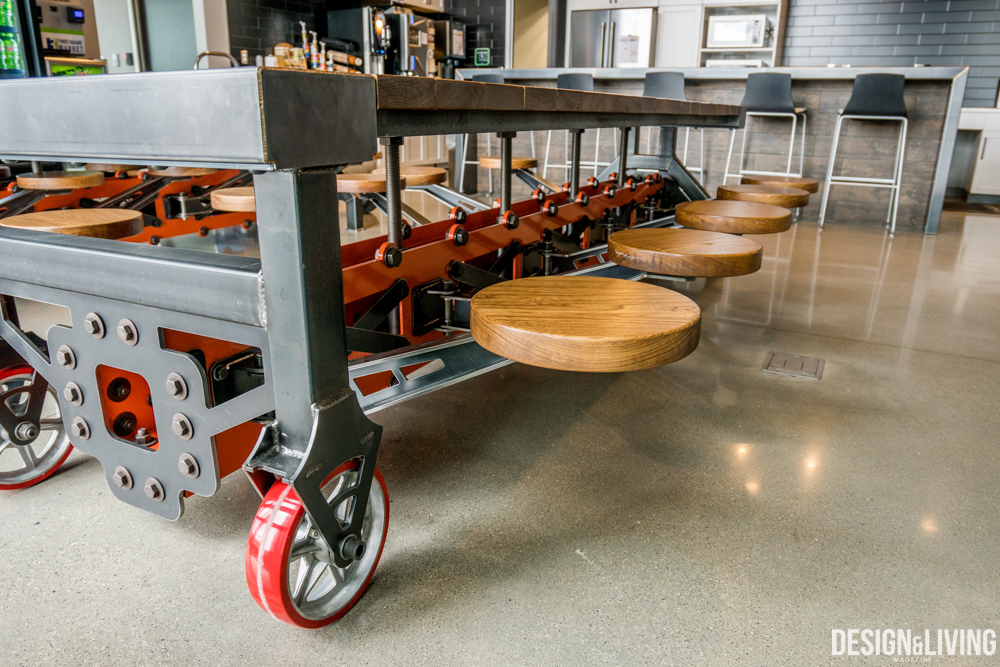 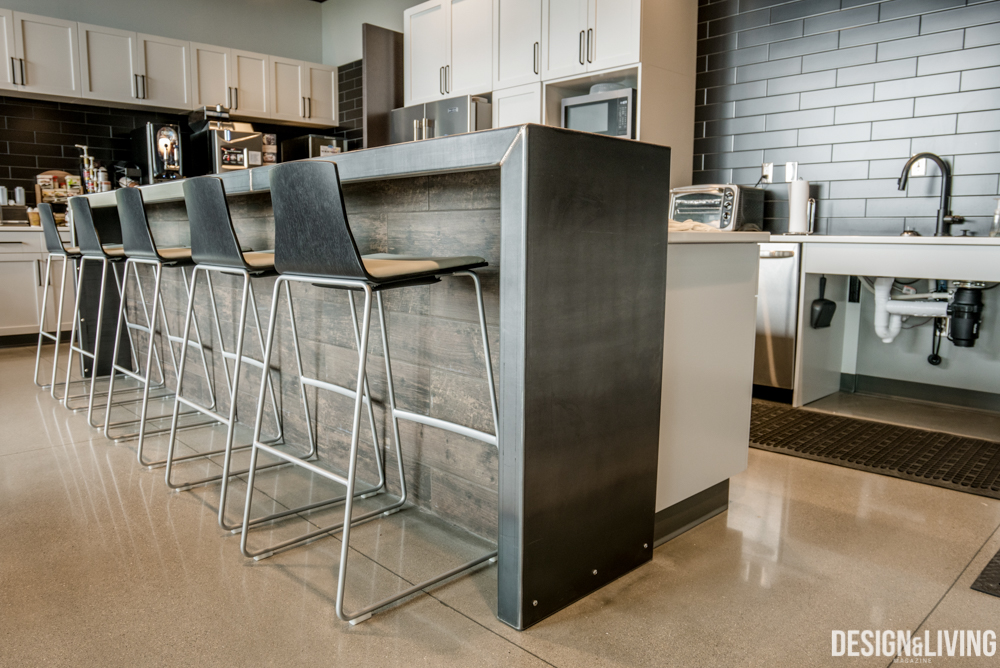 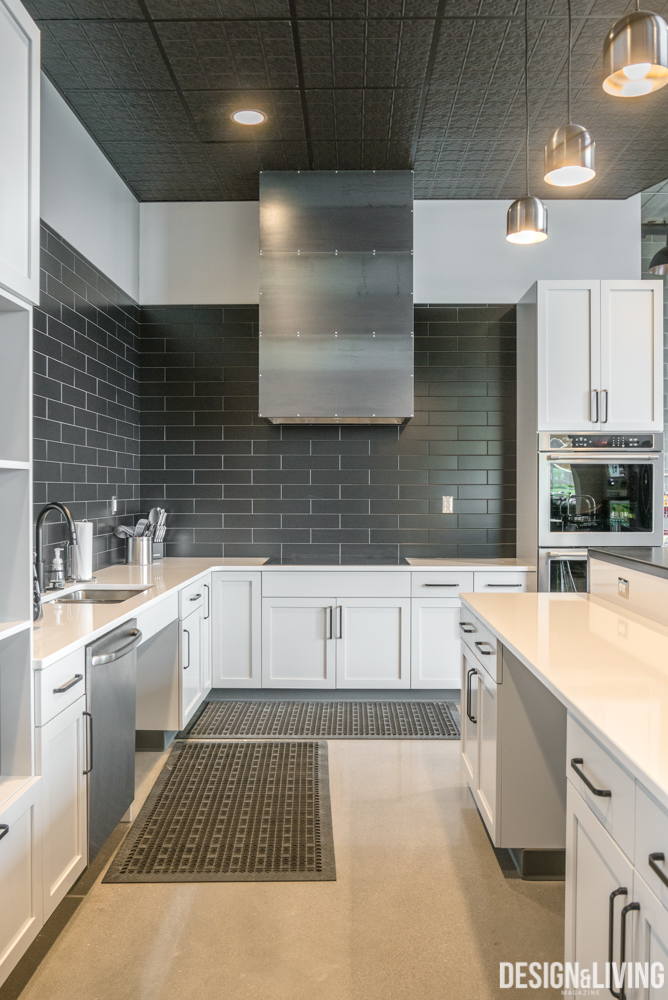